Hey everyone, welcome to the long awaited Kitbashed Plastic Zoanthrope modeling tutorial, A.K.A. the "I'm about to save you a @#$&load of money on Zoanthropes" tutorial.  As you may know I am working on making a null deployment Tyranid army and that means I want to have some Zoanthropes.  Being the thrifty gamer that I am, however, I have a problem with paying $25 per model for the 6-9 zoanthropes that I eventually want to have in my collection and I'm not going to even comment on the whole "Finecast" issue and the complaints you see all over the internet.  I think that poor dead horse has seen enough abuse already.

Getting back on topic, I decided to try my hand at converting a zoanthrope using an assortment of plastic bits.  The first attempt was decent but not great and had several areas that really needed some attention.  The second version was a huge improvement over the first and will be the basis for all further conversions.  In this post I will be converting my third zoanthrope and documenting the process to show you exactly how I made them and how much money I will be saving compared to buying them at retail prices.  All right then, enough with the introductions, jumping right into it after the break.

HUGE Hobby Progress Update and WTF have I been doing for the last month.


Hey everybody, Chaosheade here back from another little blogging hiatus with a status update on what I've been up to that's sooo much more important than this little corner of the internet.  (If you don't care about this and just want to get to the hobby update, just skip to the break.)  I mentioned in the previous post that I've been getting a ton of modeling done and I've gotten even more done since then, but the main reason I've been out of touch with the blog-o-sphere is work.  I deliver newspapers for a living and they get pretty crazy around this time of year, especially on Thanksgiving, so work has been pretty stressful lately.  To help combat the extra stress I've been taking refuge in Skyrim which, admittedly, has also eaten up some of my potential hobby/blogging time but work remains the #1 contributing factor.  I have been enjoying the game immensely and IMO it's the best Elder Scrolls game yet.  I won't nerd out too much on the blog and go on about how awesome my lvl 52 character is and all the stuff he's got, but if you want to chat about the game feel free to email me.

Enough about that, I have lots of great stuff to share with you so sit back and enjoy the show after the break.

Read more »
Posted by Chaosheade at 7:44 AM No comments:

Hey all, Chaosheade here again.  I've kind of been neglecting my blogging lately but it's mainly because I've been getting a ton of modeling done which is pretty awesome.  Also my nice big LCD monitor went belly up so I'm working with an old CRT monitor until I can afford a replacement, but that's another story.  Back on topic, I finally decided how I'm going to base my army and I have a slight tweak in the paint scheme that I think will work better with the bases.  Details after the jump.
Read more »
Posted by Chaosheade at 8:08 AM No comments: 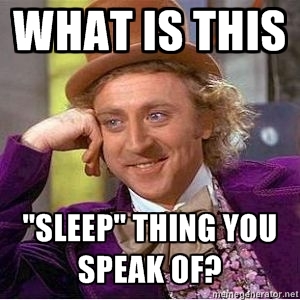 Welcome heretics, xenos friends, and loyalist scum wishing you can be as cool as us.  Welcome to another post by your beloved (or reviled) heresiarch, Chaosheade.  Life is continuing to kick my butt pretty thoroughly.  Work, my wife catching pneumonia and an angry gall bladder, taking care of my family, blah blah blah, excuses, excuses.  Fortunately my wife is pretty much recovered now and things are getting closer to normal, or at least what passes as normal for me.  I have been able to squeeze in some hobbying and I'm making some decent progress building my nids.  Of course my blogging has slowed down a bit but what can you do?  I'm here now, ain't I?

Today I wanted to share an idea I had for some Tyranid objective markers that I think are going to be wicked awesome.  Yes, I just said that.  That just happened.  I uploaded some previews of some preliminary conceptual mock-ups of the models on my DeviantArt account and then "leaked" them on the Maximum Heresy Twitter Feed.  For those of you who think Twitter is for twits, here's a blog post with all the pictures and info with a more thorough explanation of all the markers and the inspiration behind them.  Gribbly goodness after the jump.

Read more »
Posted by Chaosheade at 8:07 AM No comments:


Hey everybody, Chaosheade here.  Unless you've been living under a rock or been without internet connection since yesterday you have probably heard about all the pictures of the new Necron units leaked by Beasts of War yesterday.  I usually don't go for all the attention-grabbing rumors and news stuff, but after seeing Wayland Games' Necron Pre-Order Page I came up with a theory on which new (and returning) units will be plastic and which will be finecast that I thought would be worth sharing.  Ponderings after the jump.

Read more »
Posted by Chaosheade at 9:11 AM No comments:

A HOTcontest and a Terrible Two Weeks


Hey all, Chaosheade here.  As you may have guessed from the title of this post I have been having a pretty rotten time the last couple weeks due to lots of RL type stuff but let's not bother with that right now, there are more important things to get into first.  I'll go over the good stuff right after the jump.

Read more »
Posted by Chaosheade at 11:55 AM No comments:


Hey everybody, Chaosheade back again.   I finally completed the second zoanthrope conversion with many improvements over the first conversion and would like to share the finished product with all of you.  Pics and stuff after the jump.